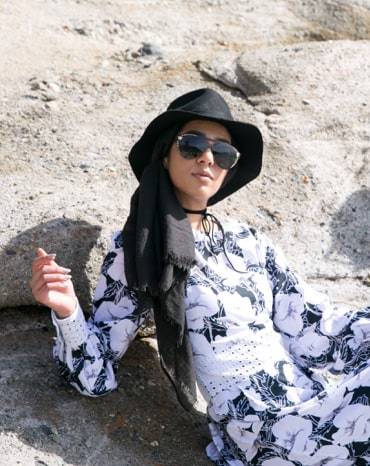 After Verona Collection founder Lisa Vogl converted to Islam, she came to the painful realization that modest, fashionable and affordable clothing was hard to find – and realized many other women (both Muslim and non-Muslim) felt the same way, and she decided to solve the problem.

She invested $7,000 to launch her company online and put her skills as a professional fashion photographer to work to showcase her line. Buyers around the world swarmed to the site, and the company was featured in multiple publications, including Huffington Post, NPR, Refinery 29 and Fusion Network.

The brand includes easy-to-wear tops, pants, cardigans and dresses targeting both Muslim and non-Muslim women as well as accessories including sunglasses and hand-dyed hijabs. Prices range from $13 to $85 (keeping prices affordable is central to the brand promise). 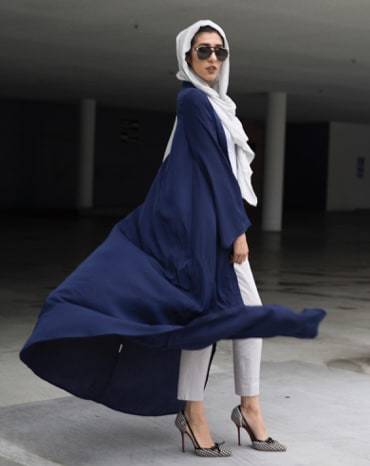 In 2017, Lisa Vogl was selected to participate in The Workshop at Macy’s and in February 2018 the line launched on macys.com and is now available in select Macys stores.

“It’s more than a clothing brand,” Vogl said. “It’s a platform for a community of women to express their personal identity and embrace fashion that makes them feel confident on the inside and outside.”

Macy's Executive Vice President of Licensed Businesses, Food Services and Multicultural Initiatives Shawn Outler said “Participants of The Workshop at Macy's are carefully chosen based on their business strategy and growth potential, among other criteria. We want to nurture and support diverse-owned businesses to build their capabilities to become the next generation of retail partners.”

Macy's continues its history of innovation and pioneering the new frontiers of retail with the line with the introduction of Verona Collection, becoming the first major department store in the United States to sell hijabs, according to Newsday.