Mateo New York Founder Matthew Harris talks about finding a unique positioning and how the Workshop provided the foundation he needed.

Born in Jamaica, Matthew Harris grew up in Montego Bay. At the age of 16, he moved to the United States to study. Shortly after graduating, Harris discovered his true passion and love for the art of jewelry and fashion design and decided to start his own jewelry brand. 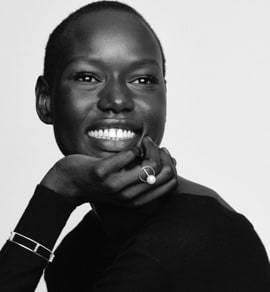 He develops his creations for men and women, with design inspiration from New York City, artists like Mary Laveau and Grace Jones along with the memories of his childhood. In Fall 2013, he launched four collections in the United States and has a steadily growing business. In 2014, the company made the strategic decision to refocus the brand on a higher-end consumer, which led to the launch of women’s fine jewelry. Focused on an aesthetic of simplicity and minimalism, it draws inspiration from modern art for the modern woman.

Harris participated in The Workshop at Macy’s program in May 2013 and has quickly applied education learned to grow business both online and in brick and mortar locations. He has enjoyed press in top fashion publications such as WWD, Elle, Vogue, In Style and National Jeweler. Mateo New York opened its first flagship store in the heart of SoHo, New York City in December 2016. His line of women's jewelry is being carried at high-end retailers including Bergdorf Goodman, Intermix, 5Story and in Bloomingdale's New York City 59th Street and Los Angeles' Beverly Center locations and is also available on bloomingdales.com.

The Mateo New York brand was a 2017 finalist for the CFDA/Vogue Fashion Fund.